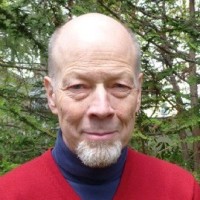 Ian Harvey was CEO of BTG plc from 1985 until his retirement in late 2004. During that time he oversaw the privatisation of BTG in 1992, its public flotation in 1995, a demerger of part of its business and three Rights Issues amounting to about £250 million to raise business expansion capital from its shareholders. BTG was the world-leading technology commercialisation company which had been patenting and licensing globally since the early 1950s. He was Chairman of the Intellectual Property Institute from 1999-2011.
He is also Adjunct Professor at Imperial College Business School, London and member of its IP Centre Advisory Board; Course Professor, Tsinghua School of Economics and Management, Beijing and many more roles.
Ian has written many articles and book chapters and lectures widely on global intellectual property and technology issues, particularly as they relate to business. He is currently involved with the development of intellectual property in China and the role of IPRs in developing low-carbon technologies.